User Mission 2 is set on Titan during the CCA invasion, before the events of The Red Brigade's Titanean missions.[2] Initially outnumbered, the NSDF forces in the area are forced to defend themselves from the CCA until reinforcements arrive; losing their position would cost not only Titan, but possibly also the war.[3]

This mission is much, much easier than User Mission 1, as you only need to defend yourself briefly against a few fairly small CCA attack waves. Once you've deployed your Recycler your first move should be to construct two Scavengers and two Badgers, which should be enough to fend off the Tusker already on its way to you.

It's not really necessary for any of your units to move more than two hundred meters or so from your Recycler, as once you've cleared the starting scrap the CCA attack waves (typically composed of a Flanker, a Czar and a Stoli, occasionally supported by another unit from around the map) will provide you with all the scrap you need. The most powerful unit the CCA will throw at you is the Grendel, of which there will only be two; if you stay nearby you should be more than capable of adequately defending your Recycler with just the two Badgers and a Gun Tower.

The mission objective forbids you from attacking the CCA base, but you do not need to pay any heed to this; if you're feeling adventurous and think you can do so inside the provided ten minutes you could launch an attack on it, but do note that you will need to destroy every CCA unit on the map if you are aiming to win the mission before the timer is up. 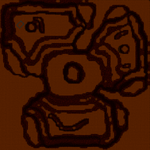 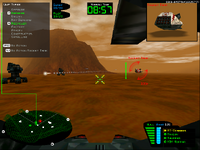 Fighting off the first wave 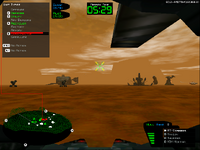 The NSDF base, adequately defended 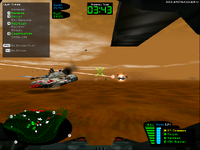 Retrieved from "https://battlezone.fandom.com/wiki/User_Mission_2?oldid=17128"
Community content is available under CC-BY-SA unless otherwise noted.