The Stargate is the first mission of Iouri Lechtchev's the Stargate series, first released on May 7th 1998 and included in Battlezone: Battle Grounds four months later.[1] The mission shows the NSDF's discovery and subsequent capture of a Cthonian Stargate on Venus.

The NSDF's main base on Venus is overwhelmed by enourmous waves of CCA forces, leaving NSDF Command at a loss for how the CCA could amass in such numbers unnoticed. When Sky-Eye discovers an anomalous power signature near a CCA base at a small volcano, a group of scouts are dispatched to investigate. Before being destroyed, these scouts reported that the CCA had used a portal to open a direct link to Earth, allowing them to transport their forces much more quickly.

An assault is quickly launched to destroy the modified Shield Generators maintaining the portal in order to cut the CCA supply lines. Once the CCA base is destroyed the NSDF capture the Stargate and are able to use it for their own purposes.

Your base will come under attack immediately from a APC and two Flankers; follow the Razor ahead of you and take care of them before they can cause any significant damage. A group of Czars and Stolis will follow not long after, so avoid letting your forward guard down.

Since there isn't a lot of space for Gun Towers your first move should be to construct a group of Badgers to kick-start your defense, after which your main priority should be the three Factories in a crater at the center of the map. Your best bet is to construct a Mobile Unit Factory of your own first, which can be deployed at the Geyser just north of your Recycler where there is enough space for a bank of Gun Towers.

When you do come to attack the factories, be sure to be prepared for the lone Fury Fighter to the north; your assault force will undoubtedly attract its attention. That aside the crater is poorly defended, with only a Cannoneer on the northern rim; the units the factories produce are deployed against you immediately.

Destroying the factories should grant you enough of a reprieve to regroup your forces and strengthen your position, particularly if you are sure to gather all the scrap they leave behind. You could move your own producers up to this position if you desired, but you should be wary of this as the crater is not the most defensible of positions.

Your next big target is the CCA base spread out towards the east. There is a Recycler at both the northern and southern cluster, so those should be your first port of call in order to hamper the enemy's ability to recover. From there it should be relatively simple to mop up the remaining units and buildings. 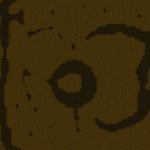 Retrieved from "https://battlezone.fandom.com/wiki/The_Stargate?oldid=17118"
Community content is available under CC-BY-SA unless otherwise noted.