The Relic Yard is an Instant Action map designed by Iouri Lechtchev. It was first released on July 22nd 1998, and was later included as one of the additional maps included in Battle Grounds 1.1. It, Heroical and Max 5 Minutes comprise the three solo action missions included in the addon.

The Relic Yard takes place in a long, narrow ravine that was formed by the draining of an Achillean river caused by the earthquakes that took place after the destruction of the Fury Geo-Thermal Power Cells. The canyon is littered with relics, mostly of Hadean origin: several Styx buildings; a Fury Production Facility and Thermal Power Conversion Tower; the Cerberus, Charon and Hydra; and also the Lemnos, Hephaestus and Cyclops.

After discovering a significant cache of relics in a now-dried riverbed, the NSDF sends a lone commander to identify the relics and gather as much information as possible from them before the CCA can secure the area. They are warned to avoid destroying the relics if at all possible, but warned that CCA engineers may have succeeded in activating some of them.

The commander is warned to be wary of CCA snipers in the area; Captain Stahl was killed during a previous investigation, and only succeeded in marking some of the relics with Nav Cameras. His Lander is still in the area.

After gathering the necessary data, the Commander's last order is to destroy the enemy Launch Pad to prevent them from landing further troops.

You are equipped with a Stealth Grizzly for the purposes of this mission, which means you will be armed with a MAG Cannon and RED Field alongside the usual AT-Stabber.

As soon as you start you will notice a group of three CCA snipers ahead of you; try to stay out of their line of fire but leave at least one of these be for now, as there is a Comet Cruise missile approaching from further down the canyon that will target the nearest unit to it. If you destroy all three snipers before it arrives, it will head for you instead.

Continue down the valley, dispatching snipers as you encounter them, until you reach the second meander; here you will find a ruined Cerberus. This is the activated relic the briefing warned you about; at the tip of each head is an armed Boltmine which you should be able to destroy from a safe distance. Around this time you should find an APC crossing your path. You can destroy it if you wish, but it would be quicker to snipe it.

It is at the third meander that you will find the Lander. You can swap this for your Grizzly if you prefer, but be wary of other pilots attempting to steal your tank if you do so.

The last target of note is the Launch Pad at the end of the canyon. There is often a Pak hidden within, but it has been observed moving further up the canyon. Once the two are destroyed, the mission should complete successfully. 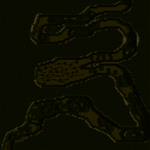 Retrieved from "https://battlezone.fandom.com/wiki/The_Relic_Yard?oldid=17123"
Community content is available under CC-BY-SA unless otherwise noted.