The Playground is the last of Battlezone's Combat Exercises and it allows the player to explore and experiment with NSDF technology without risk.[1] It does not appear as the next mission after Attack and Destroy is completed but must be launched from the Mission Archive.

The Playground is set on a large, flat lunar plain. An NSDF base is present at the point of convergence of three curved ridges, and a mockup CCA base assembled 700 meters to the north-east is connected to it by a runway.

The NSDF base contains one of almost every structure the player will encounter during the game (the Cafeteria is not present and there are four Gun Towers), while the CCA mockup covers each static building except the Supply Depot and Field Headquarters (though has two each of the Barracks and Cafeteria). Additionally, the NSDF base contains a Scavenger and Heaval.[2]

The Playground's unfinished state and lack of mission script suggests that it may originally have been intended to be a more complex mission, presumably giving the player the chance to attack a base. If true this mission could have been pulled due to narrative inconsistencies, as the NSDF first encounter the CCA shortly after the training exercises end.

In its current state the map is commonly used by developers to test new assets.

If canon The Playground must take place after A Nasty Surprise, as it the Sasquatch walker available in this mission is not developed until after the Golem is encountered. 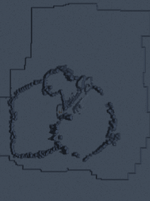 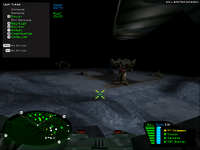 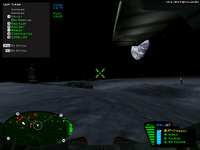 The CCA base and runway 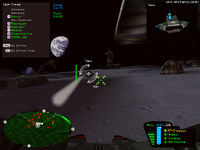 Retrieved from "https://battlezone.fandom.com/wiki/The_Playground?oldid=17125"
Community content is available under CC-BY-SA unless otherwise noted.