This article is a stub. You can help Battlezone Wiki by expanding it.

The Battle for Hoth is an Instant Action mission created by Martin Bell and first released in mid-1998. It is fashioned after the opening scene of The Empire Strikes Back, using Golems in place of the infamous Imperial AT-AT walkers and a Hangar in place of the Rebel Alliance shield generator.

The original version of The Battle for Hoth was set on Europan terrain, with the NSDF and CCA bases on either side of a large frozen lake.[1] For version 1.02, which after its May 24th release was then included in Battlezone: Battle Grounds and therefore is much more widely available than the original, the level was modified to appear much closer to Star Wars' Hoth: blue, cloudy skies instead of black; pastel-blue fog; and a new palette helped to disguise the use of Europan terrain textures, which was further obscured by the lake's removal in favor of a completely snow-covered map.[2]

The map's terrain is largely flat, with most of the action taking place across an open plain with a few scattered sharp but low hills. Cliffs surround the map's east, south and western side, but this does not prevent Golems from attempting to flank the player's forces.[3]

The NSDF has begun the evacuation of the area, but a wave of approaching Golems threaten to destroy the base before the evacuation can be completed. The situation is dire; the Recyclers and Scavengers were evacuated first, leaving the defending forces with very little in the way of backup. The Communication Tower has detected a derelict Scavenger to the south-east that can be used to resupply the Mobile Unit Factory but there is little biometal scrap in the area.

After the Golems are fought off, the destruction of the CCA holds back the assault for long enough to for the NSDF to complete the evacuation. The forces defending the base are repositioned to cover the retreat.[4] 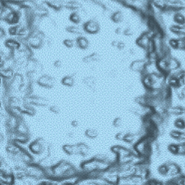 Retrieved from "https://battlezone.fandom.com/wiki/The_Battle_for_Hoth?oldid=15959"
Community content is available under CC-BY-SA unless otherwise noted.