Max 5 Minutes is an Instant Action map designed by JD Houser and Toni Chaffin, released on August 1st 1998 and included as part of Battlezone: Battle Grounds a month later. It is one of only three included solo action missions, the others being Heroical and The Relic Yard.

Max 5 Minutes is one of several Battle Grounds missions to feature a blank shellmap; in this case this was done to hide the layout of the terrain, which is a simple fractal design.

An NSDF commander is deployed, on foot, to infiltrate and destroy a CCA base. They steal a Czar from outside a nearby Cafeteria and, after equipping it with a Rave Gun, use it to take out the freshly-deployed Recycler before any units can be constructed. Its destruction severely hampers the CCA's efforts in the area.

The moment you start, you should turn to the right and start bunnyhopping towards Nav 1; so long as you keep moving you should be able to pass the enemy soldiers unhurt and make it half way up the cliff. Once you reach the top you should head straight for the Czar and snipe it as soon as possible, then enter it before the nearby pilot can beat you to it.

Getting to the Czar without dying is half the battle; once you are there the rest of the mission is extremely simple. There is a Rave Gun to the east, which you should grab, and the CCA recycler to the north-east of that. Since you are piloting a stolen CCA tank the enemy units won't bother you until you open fire, and if you hide yourself adequately you can destroy the Recycler without taking any damage at all. 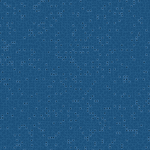 Retrieved from "https://battlezone.fandom.com/wiki/Max_5_Minutes?oldid=13598"
Community content is available under CC-BY-SA unless otherwise noted.