The Loot gamemode is a deathmatch subtype introduced by Battlezone II that revolves around collecting the greatest number of target objects.

Players are awarded 100 points for each Moneybag they pick up, with kills and deaths worth the same as in standard deathmatch play.[1] As killing players does little to impede their progress or score, Loot matches often lack direct combat and as a result are rare. Custom-made loot maps are just as uncommon, though often use a custom moneybag object to give them a more serious atmosphere. 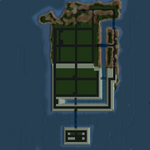 Loot: Pleasantville - Ride into this seaside community and grab as much cash as you can out of the city's friendly banking establishments.
Add a photo to this gallery

Retrieved from "https://battlezone.fandom.com/wiki/Loot?oldid=10457"
Community content is available under CC-BY-SA unless otherwise noted.