Inst01 is an Instant Action map that was cut from Battlezone, either because the gamemode was not ready by the time the game was due release or because it was only developed for testing its mechanics.

It is not entirely clear which world Inst01 was intended to be set on: the Earth hangs in the sky, suggesting Luna; the .trn identifies surfaces as "sand" and "lava", suggesting Io; and the textures are Europan.[1] The .trn refers to several textures which do not exist, which results in the terrain being completely untextured when the map is loaded without modification.[2]

Unlike other Instant Action missions, which only run a basic script to check for the existence of enemy forces, Inst01 either once had a more complex script or was to have one in the future. The existing script opens with a scripted cutscene more akin to the game's single-player missions, and the map itself contains several pathpoints that are not used by Instant Action missions. A Nav Camera to the north in an area defended by CCA forces may indicate the planned presence of an objective of strategic importance, most likely a Cthonian relic.[2]

Inst01 is far simpler than most Instant Action missions and is much more on par with the early Martian missions of Stars and Stripes. You will start with your Recycler in an easily defensible dead-end canyon. The AI will not attack you from the ridges, so all you need to do is defend the entrance; two Badgers will do for now. You may find it later to upgrade to a Gun Tower if the mission gets particularly drawn out, and there is enough space there for two and a Solar Power Plant if you are particularly careful with your building placement.

There is a lot of loose scrap scattered around, so you'll want to devote your attention in the early game to gathering it. The enemy will be doing the same, so you'll need to clear out a few Paks in order to safeguard your Scavengers (the turret at the scrap field just east of your Recycler will be replaced, so consider putting a Badger there as well).

Once you have enough resources you may want to consider building a Factory and Armory and using them to set up an outpost at the geysers just north of your position, but you can complete the mission easily without these.

The route to the enemy base is guarded by two Paks and a Cannoneer deployed on the ridges. You should be more than capable of taking these out by yourself but an additional Razor or Grizzly as backup will lower the amount of ammunition you need to do it. The base itself is poorly defended (a few Flankers and Czars at most), though these defences are useless against artillery fire; your Grizzly's complement of MDMs is large enough to take out both the Recycler and Factory if you wish to attack from a distance.

When you have finished with the enemy base the rest of the mission consists of mopping up the enemy forces, most of which will consist of Scavengers. Remember that there are two Paks and another Cannoneer to the north at Nav 2.

As the mission script is incomplete, this mission will not end even if all enemy units are destroyed. 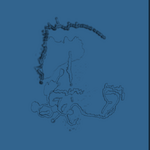 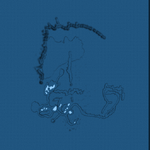 Shellmap, after the map is repaired 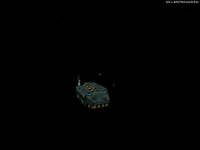 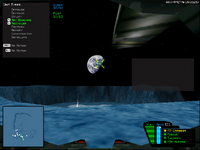 Earth in the Europan sky 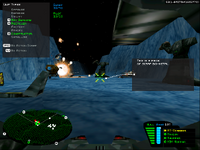 Two gun towers at the chokepoint 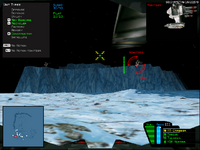 The Pak and Cannoneer guarding the CCA base 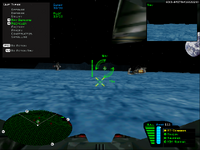 Retrieved from "https://battlezone.fandom.com/wiki/Inst01?oldid=17119"
Community content is available under CC-BY-SA unless otherwise noted.