Free-for-All, or FFA for short, is a Strategy-based gamemode included in Battlezone II.

Free-for-all is mostly similar to Strategy and blends the gamemode's Battlezone and Battlezone II variations. Rather than following the commander-wingman model used by Battlezone II strategy, it gives each player a Recycler of their own in the same way Battlezone does and allows them to choose their alliances in the pre-game menus (though unlike Battlezone they cannot be changed once the game is in progress). As with strategy the objective is to destroy the opposing teams' Recyclers and Factories, upon which those teams will be removed from the game. The match ends once all enemy bases are destroyed regardless of how many allied ones remain (though in such a situation the victory will be handed to the side with the lowest team number).[1]

FFA maps were originally used the ST prefix, but Public Beta 6 regrouped them to their own category. 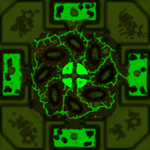 FFA: Ground Four - Four players duke it out in a nuclear wasteland. Get ready for a pounding! 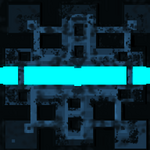 Retrieved from "https://battlezone.fandom.com/wiki/Free-for-All?oldid=15433"
Community content is available under CC-BY-SA unless otherwise noted.