Capture the Flag is a multiplayer gamemode introduced in Battlezone II. It is largely similar to its first-person shooter counterpart.

While not technically present in Battlezone, the Battle Grounds map Battle1 is set up to allow one-flag CTF play (typically referred to as "Capture the Relic", a name also used to refer to Strategy Capture the Flag) should players wish to take advantage of it, with a relic in the center of the map and both NSDF and CCA Tugs available with an assortment of other vehicles at opposing sides of the map, allowing players to fight over possession of the relic. Ultimately, the relic is merely a means to enhance play and does not affect player scores. 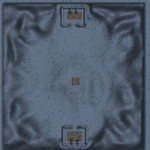 Battle1
Add a photo to this gallery

Players are divided into two teams, with one player on each time being designated the Commander (though unlike in Strategy, the title is relatively meaningless in Capture the Flag). Each team spawns at a Base, atop which is a Flag. The objective is to steal the opposing team's flag and "capture" it by returning it to your own base while your flag is still there. When a flag carrier is killed, the flag will be dropped until a defending player touches it to return it to their base.

Scoring in Capture the Flag for player-versus-player combat is largely the same as in deathmatch, though bailouts will also kill the player's pilot and thus are doubly penalised (subtracting twelve points instead of the usual six). Twenty additional points are awarded for each successful capture. As is usual with team gamemodes, every modifier to a player's score will also be applied to that of their team. By default, CTF matches end when 100 points is reached. [1]

Whilst most CTF maps have a limited number of flag routes - three on Giant Fort and Pluto, five for Death Valley - Canyons has an almost innumerable amount as a result of its circular shape. In previous versions this caused issues with smaller teams, but the issue was rectified in 1.3.6.4 by indicating the locations of both flags to all players.[3] 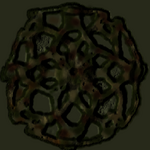 CTF: Canyon - Capture the flag and bring it back to your side of the base. 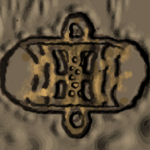 CTF: Death Valley - Capture the Flag: Plateaus on either side, with a sandstorm in the middle. 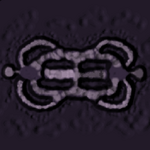 CTF: Pluto - Capture the flag and bring it back to your side of the base. 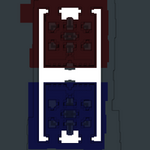 CTF: Giant Fort - Capture the flag and bring it back to your side of the base.
Add a photo to this gallery

Retrieved from "https://battlezone.fandom.com/wiki/Capture_the_Flag_(Gamemode)?oldid=14372"
Community content is available under CC-BY-SA unless otherwise noted.