Bz2001 is an unused mission designed for the Unreleased 1998 Demo of Battlezone II. Its files remain in the game's assets, but can only partly be opened by the game.[2]

The script was intended to task the player, driving an Avenger,[3] with escorting two Attila walkers to destroy a bridge. Multiple waves of Fury tanks attack them, and patrolling tanks will attack if they stray within range. The mission ends in success once the bridge is destroyed, or failure if the Furies destroy the walkers.[4] 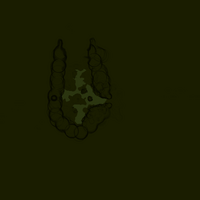 Retrieved from "https://battlezone.fandom.com/wiki/Bz2001?oldid=13696"
Community content is available under CC-BY-SA unless otherwise noted.