Bio-metal Scavenging is the third of the five Combat Exercises in Battlezone, and the fourth in Battlezone: Rise of the Black Dogs. It teaches Jason Bates using the Command Interface to manage construction and utility units.

Like Defensive Command, this command training session takes place in the training ground that would later become the site of Eagle's Nest One.[1]

Corbett begins by introducing Bates to the Recycler and Scavenger, then has him send the Recycler he has been provided to the Geyser at the training site.

Once the Recycler is deployed Corbett orders Bates to use it to produce a Scavenger, which he says must be defended as it has no weapons of its own. To demonstrate this Corbett sends a drone attack the Scavenger while it gathers Biometal from a nearby scrap field. When Bates destroys this drone Corbett congratulates him and ends the exercise, but not before warning him of the importance of watching his scrap meter.[2]

As with the previous mission, you'll find you spend a lot of time waiting for Corbett to finish talking to you. Since you can't destroy the drone early, there's not a lot you can do with this time.

The first thing Corbett will ask you to do is to pack up your Recycler and move it to the marked geyser. In 1.3 and later you can use the spacebar on the geyser from a distance and the Recycler will head straight there and deploy; in 1.0 you'll have to do so again when it gets there.

Once you've done that your next job will be to build a Scavenger. Immediately after it is built a drone will appear from the north-west to attack it; you need to defend your Scavenger and destroy it. If it succeeds, you can still avoid a mission failure if you destroy the drone quickly enough.

When the drone is destroyed Corbett will congratulate you and the mission will complete successfully.

If you want a slightly quicker route you can build your Scavenger before packing the Recycler up; it will make a beeline for the scrap field and trigger the drone before the Recycler reaches the geyser.

Take care not to accidentally recycle your Scavenger; the mission script will count it as destroyed. 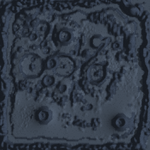 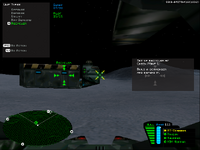 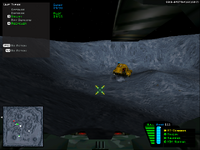 The Scavenger gathering in the scrap field 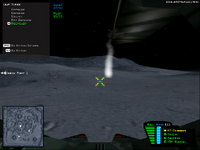 Retrieved from "https://battlezone.fandom.com/wiki/Bio-metal_Scavenging?oldid=17122"
Community content is available under CC-BY-SA unless otherwise noted.