The Battlezone Gold Pack, also referred to as BZ Gold, was a compilation released in September 1999 to commemorate the upcoming release of Battlezone II. It contained the original game, both expansion packs, and a demo for the sequel alongside the Battlezone strategy guide. Across all of the included game content it contains 54 Singleplayer missions, 47 Instant Action maps, and 89 Multiplayer maps. Copies of the Gold Pack are considered collectors' items and as a result can occasionally be seen selling for upwards of a hundred dollars online. 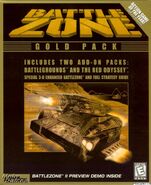 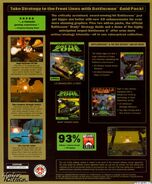 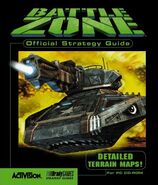 Several illegal copies of Battlezone II exist on the internet with an assortment of mods bundled into their installer and labelled as a Gold Pack much like Battlezone's. Aside from their illegality, these are notoriously difficult to use with unmodified copies and cause major issues if the user attempts to upgrade them to 1.3.[2]

Community content is available under CC-BY-SA unless otherwise noted.
Advertisement