Battlezone 98 Redux is a remastered version of Battlezone developed by Big Boat Interactive and published by Rebellion Developments in 2016.

The potential for a remastered version of Battlezone first came to light when Rebellion purchased the rights to the series from Atari in July 2013. The existence of such a project was confirmed by Rebellion in a blog post in June 2015,[1] and Mike Arkin confirmed in August that both he and Ken Miller were involved with the project.[2] In an interview in April 2016, Chris Kingsley confirmed that work had begun on the remaster before the announcement of the studio's other Battlezone title, and indicated that he and Arkin had discussed the possibility even before Rebellion's acquisition of the franchise.[3]

The game entered a closed beta test in November 2015, for which community existing members were invited to apply. Around twenty were chosen to be part of the test.[4] A few days later the community received word that the 1.5 Patch had been discontinued to make way for the remaster,[5] indicating that the new version was to be built upon its codebase.

In October 2016, Mike Arkin put out another public request for beta testers, this time specifically requesting long-time community members and modders with both PCs and Macintosh machines.[6]

On February 15th Rebellion teased Battlezone 98 Redux's announcement with a short animation. The image was accompanied with a cryptic message containing the date 16/02/16.[7] The game was formally announced, and given its name and a spring 2016 release date, the next day. A chance to win the game was promised to those who signed up to the accompanying newsletter.[8] The announcement formalized the inclusion of Steam Workshop and Steamworks multiplayer.

A Twitch stream by Rebellion on April 18th 2016 promised to announce the game's release date amongst live gameplay and giveaways. Half-way through the stream viewers began to notice that the game's Steam store page had been updated, and Rebellion announced that they had indeed released the game during the stream.

On February 23rd 2017, it was announced that Battlezone 98 Redux would be released on Mac and iOS that Spring, with cross-platform support with the Steam and GOG versions of the game.[10] This release eventually came on June 6th, with Mac support added to the Steam version and the Odyssey Edition added to Apple's App Store for both Mac and iPad[11][12]. Teething problems with the Steam version meant several players were only able to install or launch the game the following day.[13]

Two region-restricted versions of Battlezone 98 Redux exist, one for South America (not including the British Overseas Territories in the region)[14] and one for the Commonwealth of Independent States,[15] but these were never used.

The existing Battlezone and Battlezone II: Combat Commander communities largely praised Battlezone 98 Redux for its graphical enhancement, similarity to the original game, and Steamworks enhancements, but some also raised concerns about its hardware requirements.[16] Outside the established community the game was largely praised by previous players as a re-release, though some criticized the remaster for not changing gameplay or enhancing graphics enough, with some players failing to notice that the graphics had changed at all.[17][18] Players who had not been exposed to the original also raised concerns over the game's complex nature, particularly in regard to its non-standard RTS controls.[19] Other major points of contention included the limited support for control modification in the game's shell,[20] lack of included Instant Action and Multi-Player Instant maps (though officially released maps for the former were distributed via the Steam Workshop),[21] and limited controller support.[22]

Rebellion refrained from committing to a remaster of Battlezone's expansions and sequel at first. A remaster of Battlezone: The Red Odyssey was been described as "in discussion",[23] and Jason Kingsley stated that he remained optimistic about remasters of the series' other components.[24] In late May, DeusExCeteri noted the existence of a locked build of the game listed on SteamDB described as "TRO Builds", indicating the possibility of The Red Odyssey's development.[25] The expansion was formally announced on June 8th and released on July 25th, along with an Odyssey Edition that included the base game and expansion.[26][27]

A version of the game's first expansion, map-pack Battlezone: Battle Grounds, is being worked on by the Heracles Brigade, a group of community developers, and has been released to the Steam Workshop in a preliminary form. The same group are also working on back porting the content of Battlezone: Rise of the Black Dogs to the remaster.[28] 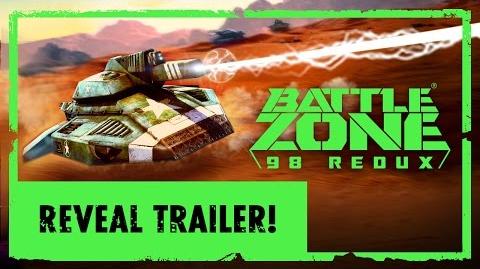 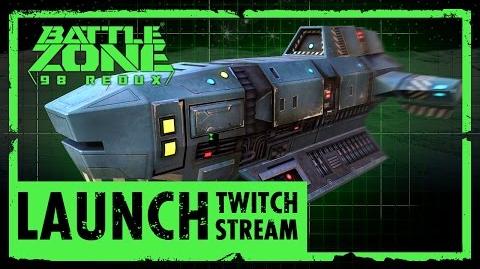 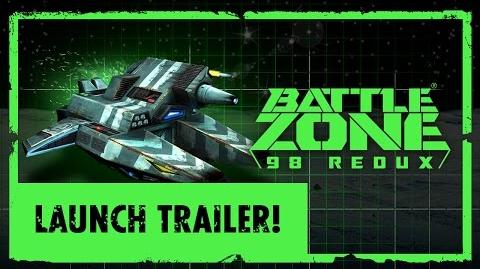 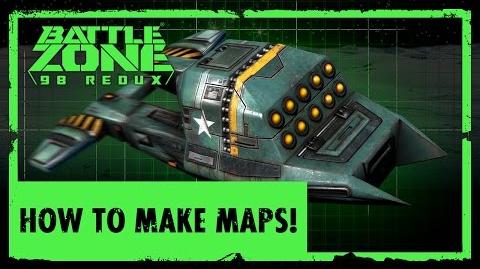 How to make maps! - Battlezone 98 Redux
Add a photo to this gallery

Retrieved from "https://battlezone.fandom.com/wiki/Battlezone_98_Redux?oldid=16824"
Community content is available under CC-BY-SA unless otherwise noted.