The Red Odyssey only had a limited release; only 400 copies were produced, all released inside the United States.[2] Second-hand copies are rare, but have in the past sold for prices upwards of USD 800.[3]

The Red Odyssey 1.3 patch - not to be confused with the patches of the same version number for Battlezone and Battlezone II - was released on July 31st 1999. It resolved invisibility of the Black Dog Bobcat, fixed Recycler selection with the Black Dog Grizzly in Strategy (it previously provided an NSDF Recycler), and added the Labyrinth deathmatch map.[4]

Following the announcement of Battlezone 98 Redux there was a great deal of public speculation over whether or not The Red Odyssey would receive the same treatment.[5][6] Rebellion and Big Boat interactive remained evasive on the subject,[7] but in late May 2016 SteamDB records revealed the existence of a locked build of Battlezone 98 Redux apparently purporting to contain Red Odyssey content.[8] The redux version was officially announced on June 8th.[9] 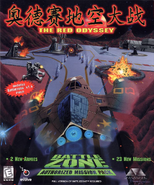 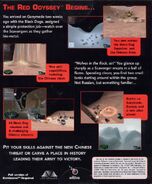 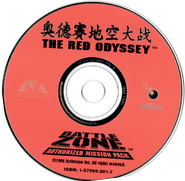