The maps contained within Battle Grounds were developed at varying times between Battlezone's February release date, with most being released online some time before Battle Grounds' development. Macmillan gathered them through a variety of means, making direct requests to some authors and putting out a public request for submissions through Realm X,[1] though some maps were created by their designers specifically for Macmillan's use.[2] After Macmillan's enlisted designers Toni Chaffin and Jason L'Hirondelle sorted through the maps and selected the ones they wished to include, they then created a review and description for each for use in Level Cataloger's database.[3]

Battle Grounds introduced 46 Instant Action maps to Battlezone, some of which provided new narrative and others which did not, on average of a higher difficulty than the campaign missions in the original. Several of the maps provided a connected narrative through their out-of-game briefings regardless, notably the Alternate and Enforcer & Slingshot series. As a result of an issue with Level Cataloger's database the Instant Action map Capture the Relic is inaccessible to the program; this caused most counts of the included maps to be one short.[4]

An unofficial 1.1 release of Battle Grounds was released in 2015. This version updated the included maps for compatibility with the 1.5 Patch, added six new maps to complete series like Alternate and Enforcer & Slingshot, and included a completely re-written version of Level Cataloger that overcame the issues that prevented the original from running on modern systems.[5] 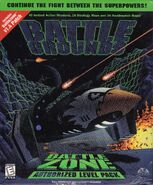 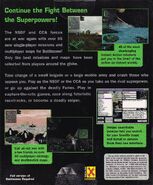 Retrieved from "https://battlezone.fandom.com/wiki/Battlezone:_Battle_Grounds?oldid=11826"
Community content is available under CC-BY-SA unless otherwise noted.