Attack and Destroy is the fourth and penultimate Combat Exercise in Battlezone, and the fifth and final in Battlezone: Rise of the Black Dogs.

As with the previous two training exercises, Attack and Destroy takes place around the site of Eagle's Nest One.[1] Trainees deploy a Recycler approximately 300 meters south of the main crater and are expected to use Nav Cameras and offensive units to destroy two Training Turrets, one west and one north-east of the future base site.[2]

Lieutenant Corbett introduces the exercise by warning Bates that no matter how good a pilot he is he will prefer the advantage of numbers when attacking enemy bases. He introduces him to the modified Recycler and asks him to build a Razor and order it to go to the Nav Camera near the northernmost drone. When there the scout is attacked by and destroys the first training turret, upon which Corbett asks Bates to order it to attack the second using the Command Interface's targeting feature.

When both drones have been destroyed, Bates is congratulated on competing all of the training exercises and rewarded with command of Outpost 3.

The original version of Attack and Destroy had the player build a Mobile Unit Factory and a Grizzly using the second geyser at the base site. This version used a standard Recycler, and the mission would fail if the wrong unit was constructed.[3]

Your first move needs to be deploying your Recycler, as you can't attack the drones alone and you can't build scouts without it. You have two geysers to choose from and it makes no difference which you use.

When your Recycler is deployed, build a scout. You have enough resources for six, but you only need one. Once it is built, you need to destroy the two training turrets. How you go about this is irrelevant: you can follow Bates' instructions and use the Nav Camera to destroy the first, then target the second drone and order your scout to attack it; you can attack both drones yourself and leave your scout where it is; or for faster completion you can order your drone to the Nav Beacon while you attack the second drone in the crater.

If you are attacking the drones yourself, make sure you have a scout built and ready for orders; destroying the drones without one will cause the mission to fail. 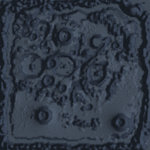 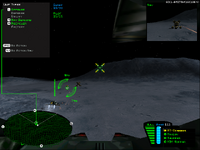 Bates and the Razor approaching the Nav Camera 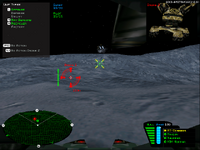 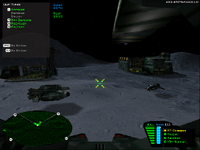 A factory and Grizzly alongside the mission's Recycler and Scout

Community content is available under CC-BY-SA unless otherwise noted.