Alpha is the second and final mission in the Stargate series by Iouri Lechtchev. The map was first released on May 13th 1998 - eight days after its predecessor - and was included in Battlezone: Battle Grounds four months later.[1] It portrays the events that occur after the NSDF's arrival on Alpha 007, having used the Stargate found on Venus.

After capturing the Cthonian Stargate on Venus from the CCA, the NSDF made the decision to investigate the technology further. After powering up the portal they are able to connect to another world on the other side - Alpha 007, a moon of a distant gas giant.

After deploying a primary base on Alpha the NSDF were quickly overwhelmed by the CCA, who despite having arrived at the same time had the advantage of knowing of the NSDF presence and have thus been constructing Furies and warheads. A backup Recycler, the Gold Eagle, is deployed through a nearby Launch Pad to replace the destroyed base and launch a counter-attack against the CCA position.

The Recycler won't be under your control for a while, so for the first part of the mission you're on escort duty. There are two minefields along its route that need to be cleared; the first in roughly the center of the map (only the southernmost three mines need to be removed here) and the second around the Geyser the Recycler is headed for.

Once these mines are cleared and the Recycler deployed you will have a few moments to begin building your base. As you are doing so, be wary of the Fury Fighter patrolling the area, as attracting its attention too early will slow down the construction of your defenses. The first attack wave - two Flankers and a Czar - will arrive shortly, and the assault won't let up from there on in.

The terrain just north of your Recycler is just flat enough to construct some Gun Towers on, and you should aim to have this done by the time the Golem shows up. These towers should then be enough to take care of the frontal assaults, which will consist almost entirely of lighter units. The CCA will attempt to flank you by sending forces slightly further to the east, but a few well-placed Badgers should be able to handle this. Also keep an eye out for the Paks headed to deploy near the south-western geyser, as this will likely be where you want your Armory.

The CCA base to the north is large and well-defended, not least by more Fury Fighters. Two of these can be found stationed at the base's satellite geysers to the south and west, which you may later want to re-deploy your Armory at to ensure repair and resupply is within easy reach of your assault force - there are a further twelve geysers around a Fury Factory in the north-east corner of the map but these are of limited use. Either way, removing the Furies now prevents them surprising you later.

When you do come to launching your attack on the CCA base, your assault force will need to be of considerably size and well-supplied. Whilst heavier offensive units are rare the base contains a multitude of light units, which may overwhelm your force if you are not prepared for them. You may find it wise to deploy Longbows around the base before you move in.

Once the base is cleared out, all that remains is to sweep the map for stragglers. Most of the combat will have been limited to between the two bases, so this should be an easy task. 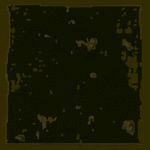 Retrieved from "https://battlezone.fandom.com/wiki/Alpha?oldid=16544"
Community content is available under CC-BY-SA unless otherwise noted.